What the Apple Keynote Presentation Taught All of Us

On Sept. 12, people from all over the world eagerly waited to see what Apple would unveil at its latest keynote address. Missed all the action and felt left out as your tech-savvy friends shared the buzz on the big announcements? No worries. Keep reading to get a recap, plus a rundown of what we can all learn about how and why the tech giant made headlines with this event.

Using a Keynote to Promote Multiple Products Can Be Effective

Tech analysts had long suspected this Apple event would give insights about the availability of a new iPhone. They were partially correct, because the keynote revealed not one, but three, new models.

People learned about the iPhone 8 and 8 Plus, along with the verifiable star of the show, the iPhone X. Though the X in the name is meant to be read as the Roman numeral for “10,” some people say it may as well signify the letter X — for a shortened version of the word “exclusivity.”

The gadget has a brand-new, bezel-free design, and the appearance of the phone itself is a strong indicator of Apple’s desired future direction. The iPhone X is also compatible with wireless charging devices and uses facial recognition to grant access to the phone’s interface.

The iPhone X was the most impressive of the three phones discussed at the keynote, but the others generated interest, too. If you think focusing on only one product at a time during a promotional event is the way to go, Apple did something that might make you re-evaluate that stance.

Navigating to the livestream of the Apple keynote presentation with a Safari browser allowed users to click a button to join the presentation automatically. However, viewers couldn’t watch the keynote on a different web browser, such as Google Chrome or Mozilla Firefox. Accessing the content through an option other than Safari was not possible.

News outlets announced the specification in a matter-of-fact way, rather than bringing up how making the streaming content inaccessible to people on other browsers excludes a significant portion of the audience. It just goes to show brands as big as Apple can do things that force people to use certain platforms without being massively criticized.

Granted, the majority of individuals who tuned in were significantly interested in Apple’s products. If they didn’t already have access to the Safari browser, they could find a way to download it or borrow a gadget with Apple’s browser installed before the keynote event.

Normally, Apple’s keynote events are focused on new products. However, this most recent event was slightly different because it featured a new space, too. The 1,000-seat Steve Jobs Theater is a feat of design, with many people saying it’s exactly as its namesake would have wanted it.

Interestingly, the underground theater is and not as sizeable as the other venues Apple has used for previous events. The latter reality has caused many tech people in the know to speculate the reduced capacity will make attendees feel more honored than ever to be in the building for highly anticipated happenings.

Though the Steve Jobs Theater is comparatively smaller, any spacious event venue warrants consideration about how to dampen and enhance sounds. Acoustic designers often use special panels to ensure people can hear clearly, no matter where they are in the room. These components minimize echoing, too. Because events in this Apple-centric space occur live while millions watch, the engineers involved undoubtedly made acoustical quality a priority.

During all the positive buzz about the iPhone X, some people pointed out a minor, but still embarrassing, mishap with the phone’s facial recognition technology. Craig Federighi, one of Apple’s top team members, had all eyes on him while trying to demonstrate the facial recognition technology on the iPhone X. However, the feature failed to work twice, making him have to resort to using a backup gadget.

The problem caused a momentary drop in Apple’s stock prices. However, it didn’t last long. Later, analysts reviewed the launch event and said it put the brand in an “extraordinarily strong” position. That’s probably because even though the feature failed to perform when in the spotlight, people know Apple characteristically puts significant investment into making high-tech capabilities as good as — or even better than — what competitors offer.

For example, many Android phones have long had facial recognition abilities, but they can be hacked into if someone merely produces a photo of the phone’s owner. To combat that spoofing problem, Apple reportedly worked with Hollywood mask makers and makeup artists while tweaking the phone’s technology so it would only recognize rightful owners. It even works when people change their hairstyles or wear glasses or hats.

Premature News Leaks Don’t Spoil Things Too Much, Either

Much to the dismay of Apple’s executives, the keynote event wasn’t as surprising as it could have been. Major leaks occurred beforehand, reducing the desired “wow” factor. However, tech experts gave their opinions after the event’s conclusion, and most agreed that despite the leaks, Apple still reasserted itself as a brand leader in numerous product categories.

Apple’s latest keynote reminded us that well-respected mega-brands can easily defy norms and emerge unscathed. That’s even true when things don’t go as planned and the stock market briefly reflects the blunder.

Lexie Lu is a freelance UX designer and blogger. She keeps up with the latest web design trends and always has a cup in close proximity. She writes on Design Roast and can be followed on Twitter @lexieludesigner. 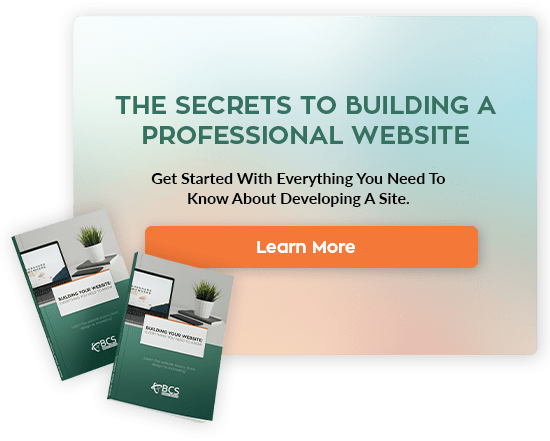